The Most Popular Band Award was introduced in 2003 and the Most Popular Vocalist Award in 2008. Annual nominations covers all the bands that have played at the Country Music Guild Of Australasia over the 12 months from May 1 to April 30. Because of Covid-19 there were no awards given in 2020, 2021 or 2022. 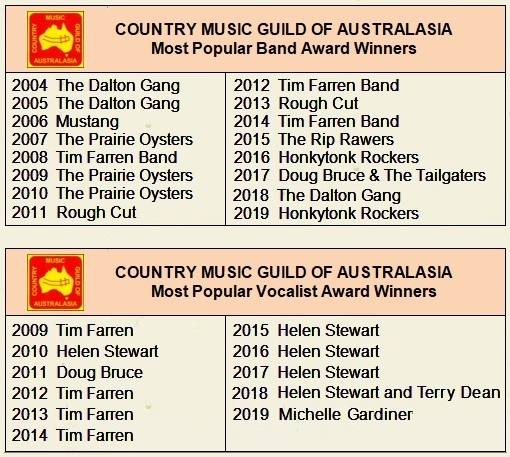 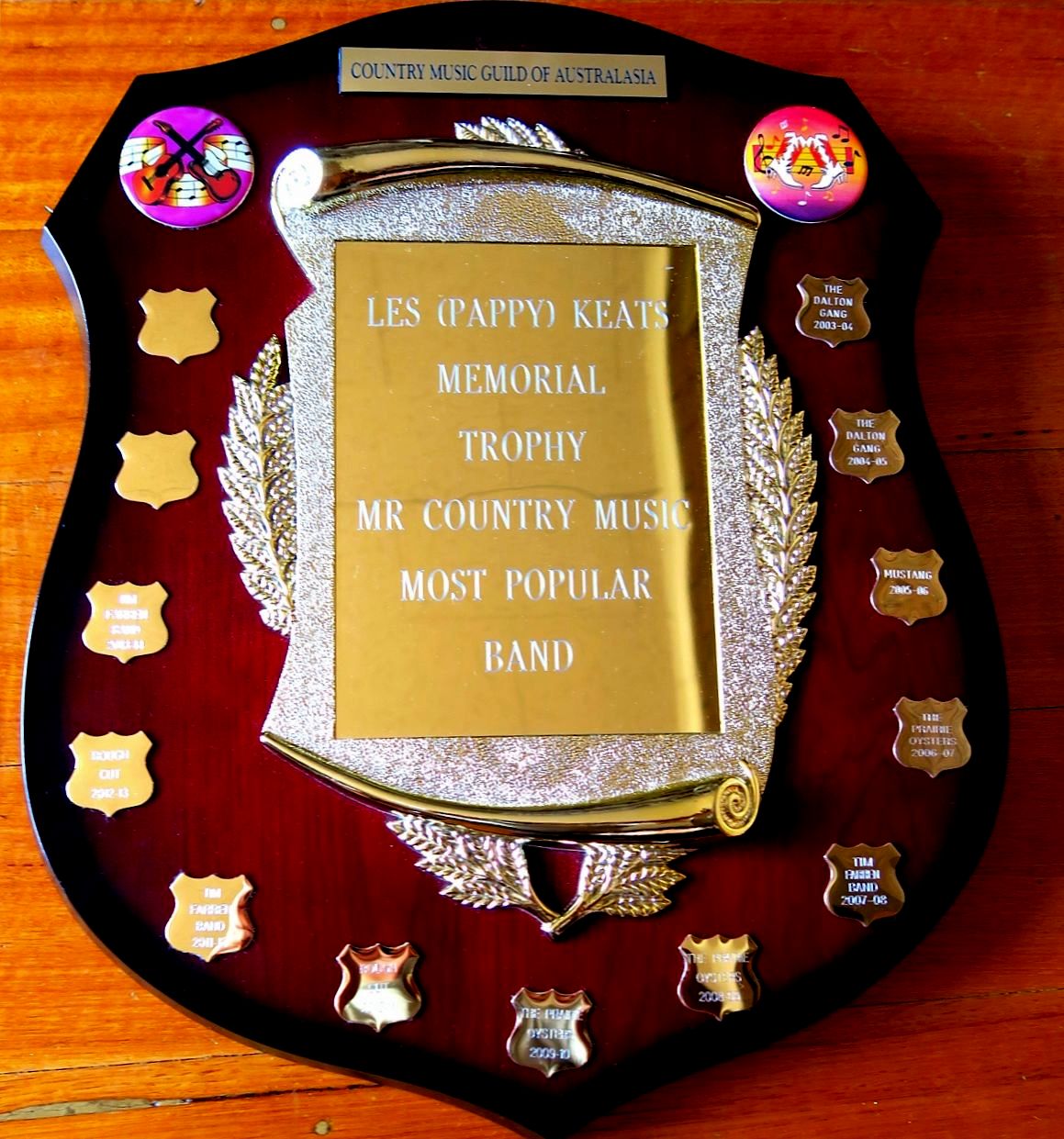 The Les Keats Memorial Award for the Most Popular Band, as voted by the members of the Country Music Guild, was introduced in 2003 in remembrance of Les Keats who passed away on August 7, 2002. Les was President of The Guild for many years.

The first winner of this award was The Dalton Gang in 2004. Other winners were Mustang, The Prairie Oysters, Tim Farren Band, Rough Cut, The Rip Rawers, Honkytonk Rockers and Doug Bruce & The Tailgaters.

On Friday August 2, 2018, The Honkytonk Rockers won the 16th annual Les Keats Memorial Award for the “Most Popular Band” as voted by the members of the Country Music Guild of Australasia.

The Dalton Gang with Dave Moore performed on the night and also backed three other vocalists – Michelle Gardiner, Keith Green and Terry Dean.

See the list of all the previous winners at the bottom of this page.

Click here for the 2018 Awards night report and photos

The Most Popular Vocalist Award, as voted by the members of the Country Music Guild, was introduced in 2008 to acknowledge a favourite vocalist. This award is donated each year by Joy Mitchener, a Life Member of The Guild. Tim Farren won the first award in 2009. Other winners were Helen Stewart, Doug Bruce and Terry Dean.

Michelle Gardiner won the 11th annual award for the “Most Popular Vocalist”.

This was the first time Michelle has won this Award but she did win a Talent Quest run by the Guild which won her a prize of recording a full album “Forever” in 1999.