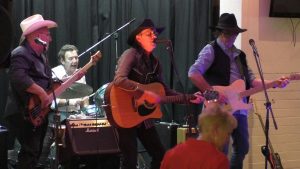 The Moonlighters last played for us in June 2014, it was great to have them back with some new members.

Geoff Wells and Mark Smith were joined by a new rhythm section with Jimmy Fewings on bass and Ian Langford on drums.

They belted out 3 sets of enjoyable country and country rock and were well received after their 3 year hiatus.

Video recorded On The night 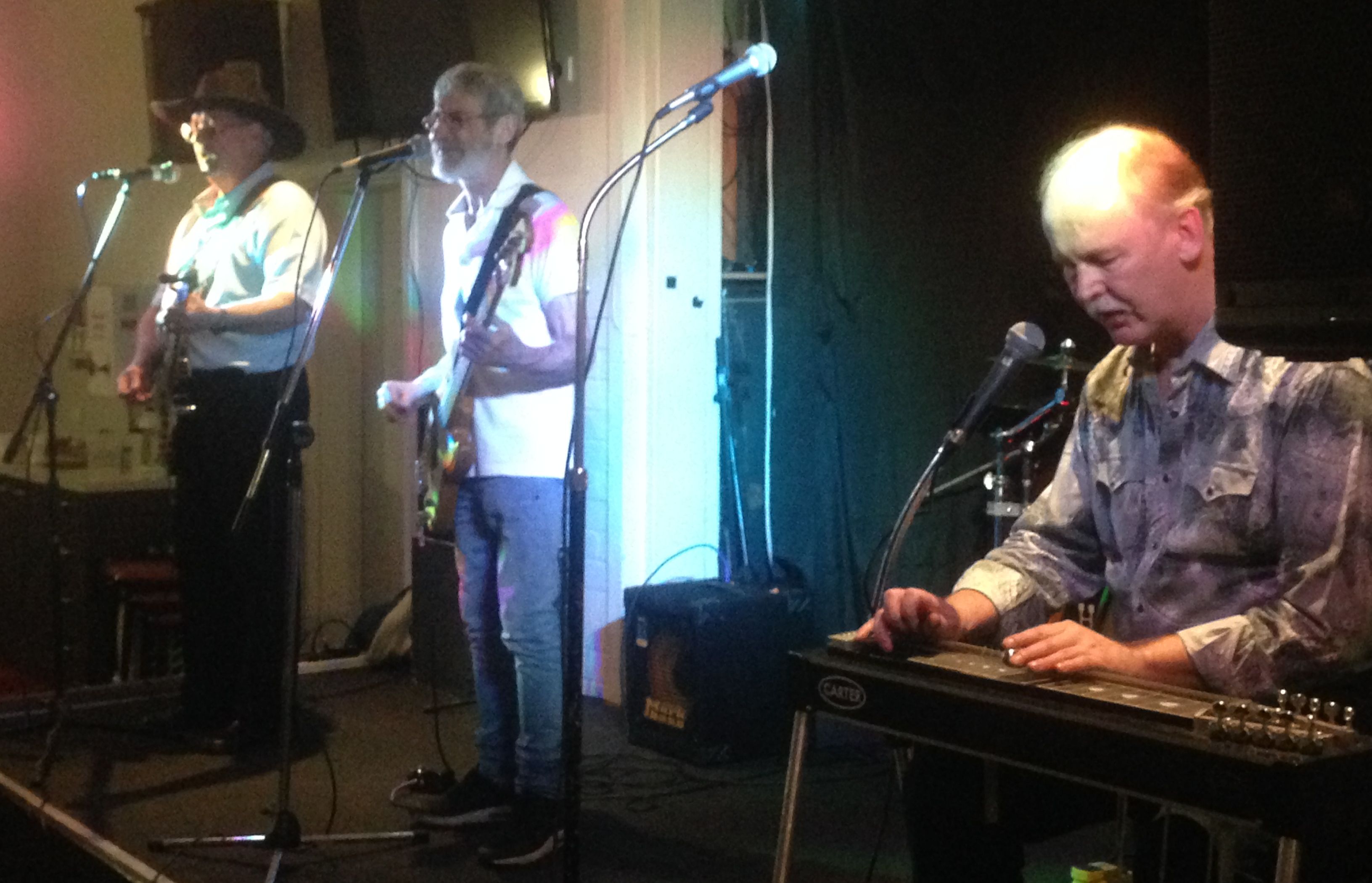 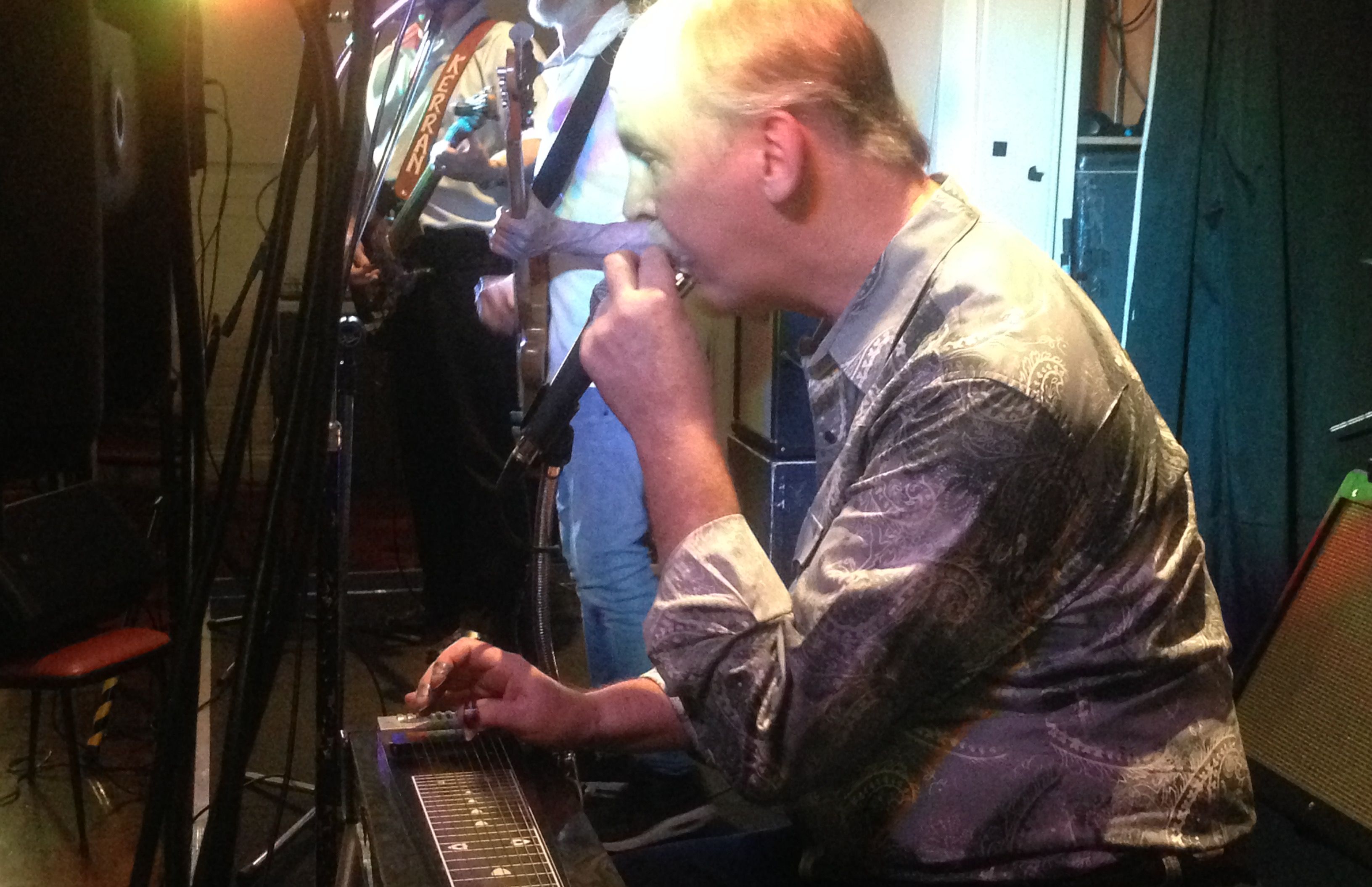 The Hawks Showband put on a fine performance with the audience often in fits of laughter at the band’s antics.

Leo Dalton, Kerran Keats, Doug Foley and Peter Westwood played some great honky tonk classics and rarities plus trashing some others with their enjoyable onstage nuttery.

They appeared to have a special guest on pedal steel and harmonica (sometimes paying both at the same time – see picture above). Someone said his name was Dave Less but that could not be confirmed. Dave Moore, your job is safe. See more photos 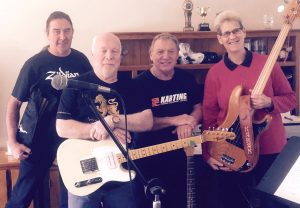 The Palace Gypsies put on another great show despite drummer Bryan Derrick lacking a snare drum for the first set.

But he got by – using his floor tom instead until a snare was delivered – but without the drum stand. So he used a chair to sit the snare on. Clever people these drummers. A good crowd despite it being school holidays and the last weekend of the Mildura Country Music Festival. 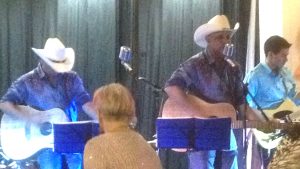 The Honkytonk Rockers played for us on Friday September 29 and drew quite a good crowd for a public holiday and a long weekend for the AFL Grand Final.

Joe Patterson was beside himself with his new throwback microphone and, with Dwayne D’Cruz on solo lead guitar duties, a great night was had by all who attended. 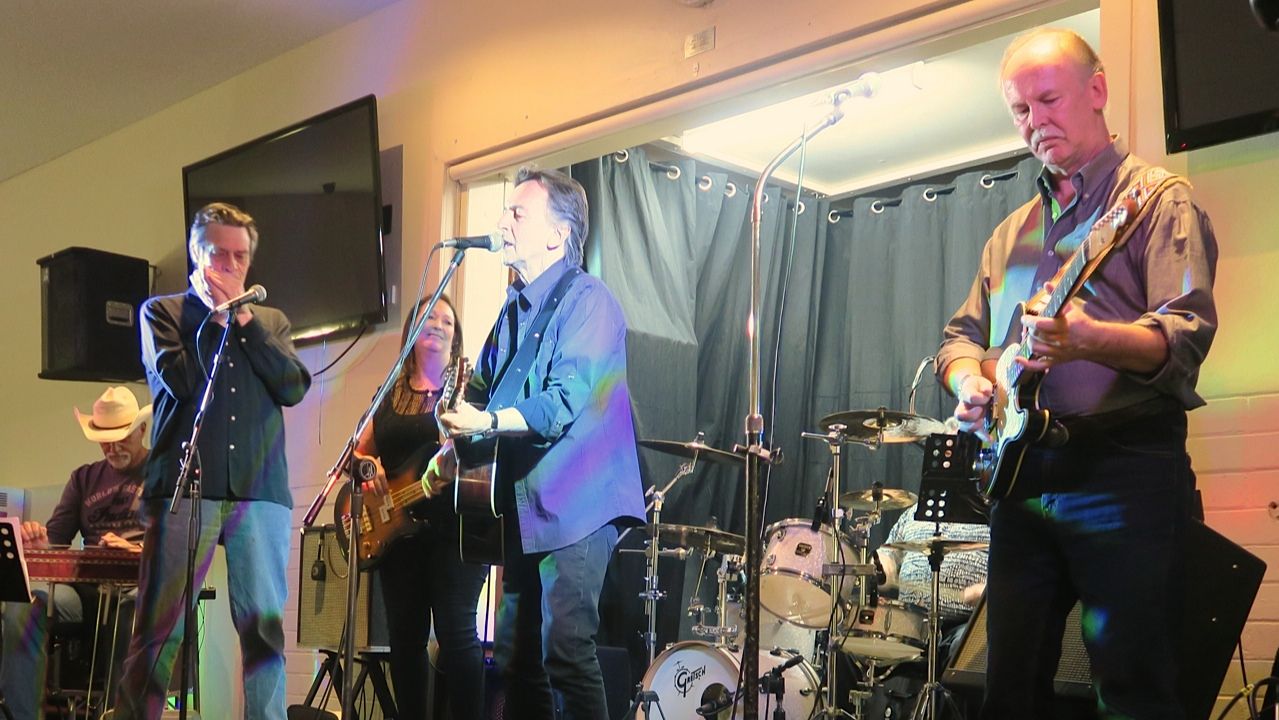 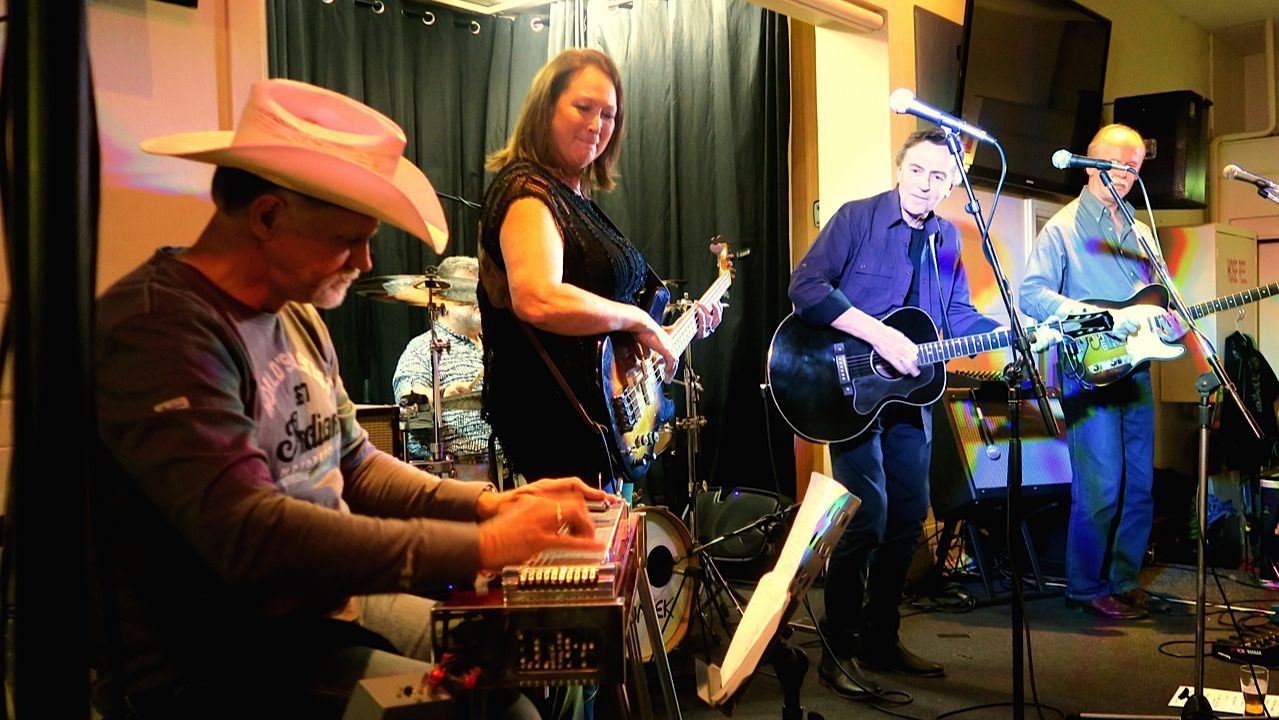 The Dalton Gang were joined by Terry Dean for a whole set with a surprise guest artist on harmonica.

Alan Bowles came along and got up with Terry and the band to add harmonica and backing vocals on several songs. Another great night of country music entertainment.

Photos: Keith Green. Click on any photo to enlarge 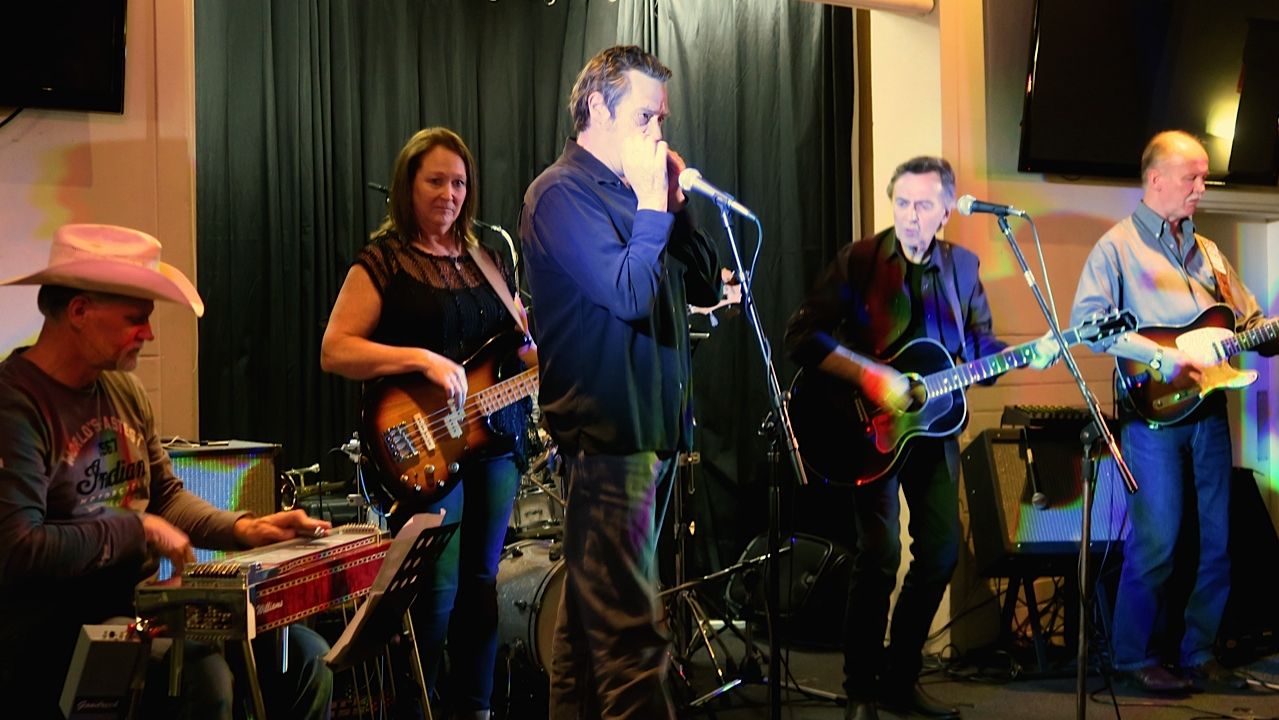 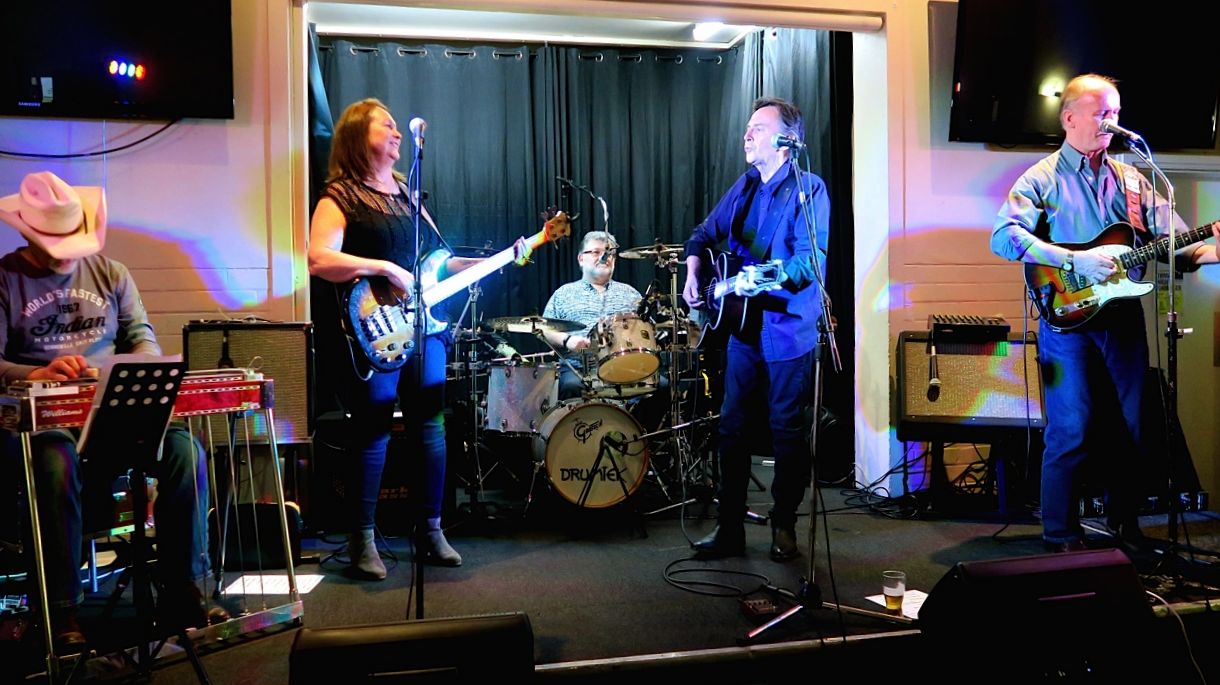 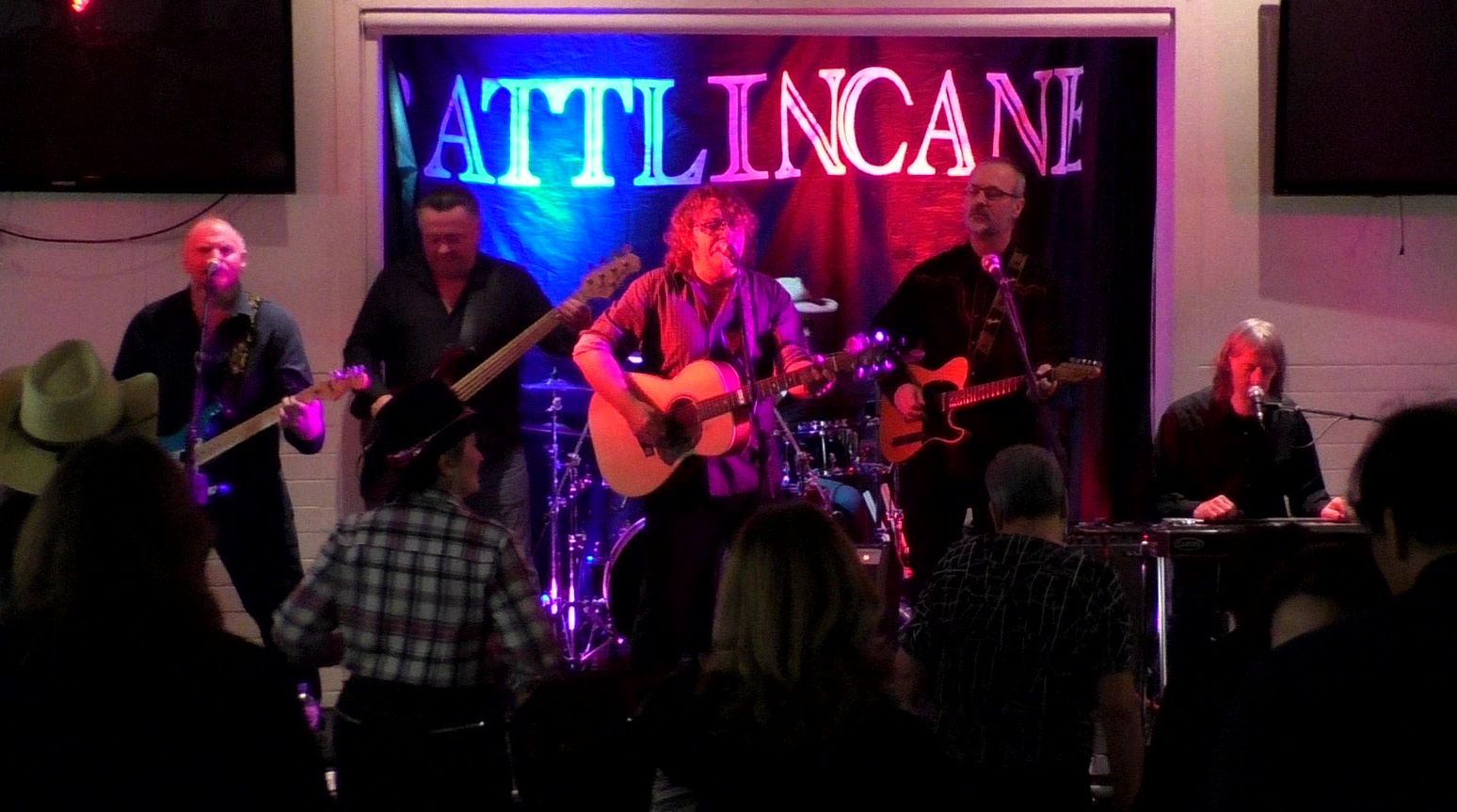 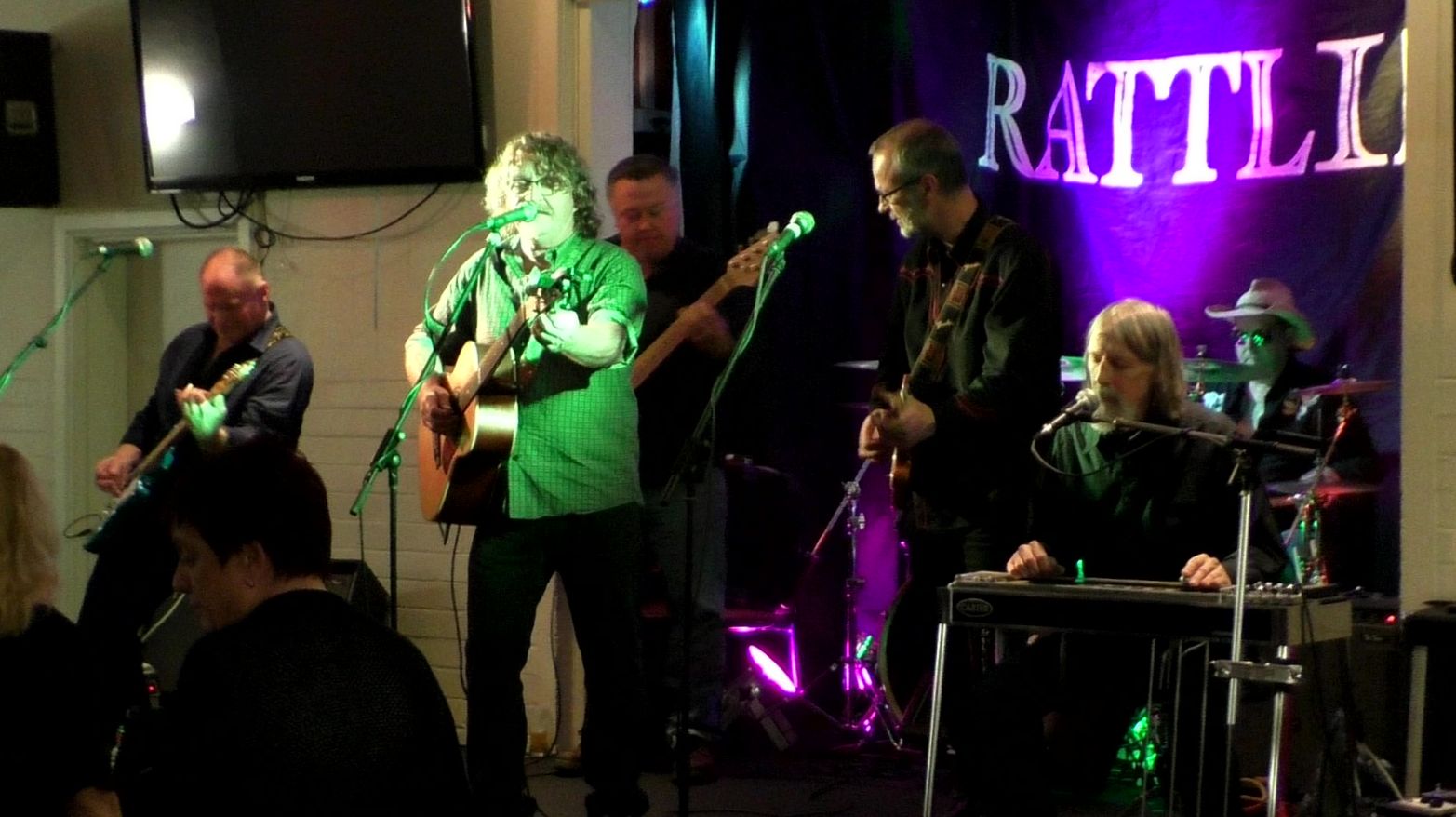 Rattlincane played their first gig for us on Friday September 15 playing originals and covers and they were well received.

They played a great blend of original songs and covers from artists as diverse as John Fogerty, Dale Watson, Dwight Yoakam, Paul Kelly and a Jimmie Rodgers classic from 1929. See more photos 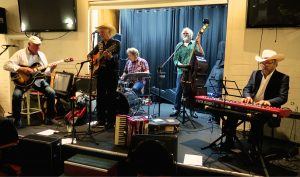 The Moonee Valley Drifters played for us on Friday September 8 and as usual they put on a fine show.

We don’t often get piano at The Guild and it was a treat with James trading keys with Rob Grenville and his jazz-tinged licks on lead guitar. See more photos

With three vocalists, it was a great night of country music.